“Blood Creek Massacre”: Like the sign in the woods said: ”I’d turn Back if I were You.” It once was the playground of society’s upper crust:  beautiful people, important and pompous people. The elaborate dinner parties illuminated the nights. But no longer. The owner and only occupant of the now dilapidated manor has gone mad!
You can try to be really quiet, maybe you’ll sneak through without detection. Better hope so, ‘cause if he hears you on his property, he’ll cut you to pieces. He hasn’t been right since that night when he snapped. Another stuffy pretentious snooty narcissistic “hey look at me” strutting fest. The endless, meaningless, vacuous prattle of the cocktail crowd, yack, yack, yack; on and on and on and on, the drone became a deafening roar in his head. Never had so many words been used to say so little; Incessant meaningless noise, spewing from empty heads simply seeking to be the center of attention. Shut up! Just Shut up!  He couldn’t take it any more so he went to the shed and he grabbed the chain saw and he came back to those gum flapping idiots and he silenced them alright. Wind-bag morons!  He carved up the dinner guests like they were the main dish. They ran all over, but he got ’em, every last screaming blabbering one of them. Now, Trespassers will be terminally violated. It’s his version of bloody good fun. He keeps his freezer full.

Steak tartare, anyone? How about some onions with your liver, or a nice rump roast! And now, though you may not be coming to dinner, you’re coming to be dinner…What’s that you say? No, it’s not raining; it’s dripping gore from the trees and vines. Gross! Careful, don’t step in that stuff. Stop screaming. Listen; can you hear that? Oh God, Here he comes.  Just Shut Up! Run. 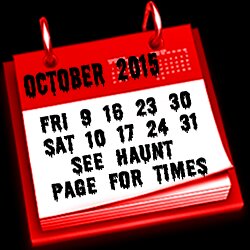